Geography:  Nigeria’s size is estimated at 356,667 square miles. It shares land borders with Benin in the west, Chad and Cameroon in the east, and Niger in the north. Its coast lies on the Gulf of Guinea in the south and it borders Lake Chad to the northeast.

Population: The population of Nigeria is estimated at 195.8 million (2018). The Hausa-Fulani ethnicity is the country’s predominant ethnic group. The Funali number an estimated (but unverified) 15 million people. Other ethnic groups include the Nupe, the Tiv, and the Kanuri.

Religion: Sunni Islam is the country’s predominant religion, with most Hausa-Fulani Muslim. The Fulanis played a key role in the revival of Islam in Nigeria in the nineteenth century. Most Nigerian Muslims live in the northern parts of the country, while the Christian population is located mainly in the country’s middle and the southern parts. As an ethnic group, the Fulani are bound together by the Fula language, Islamic religious affiliation, their history and culture.

Government Type: Federal Republic, with three distinct branches: legislative, executive, and judicial, with their power vested by the country’s Constitution

Head of State/President of the Republic: President Muhammadu Buhari (elected in 2015) (All Progressives Congress)

General Elections: Held on February 23-24, 2019 to elect the President, Vice President and the National Assembly.

The Muslim Fulanis, who are mostly semi-nomadic pastoral people, due to changes in the weather seasons have historically driven their herds of cattle across vast areas through other people’s lands. To protect their livestock, they are generally armed with weapons.

This has led to frequent clashes with the local farming communities on those lands, who accuse them of damaging their crops and not controlling their animals. Disagreements between the herders and local farmers over the utilization of critical resources such as farmland, grazing areas and access to water are considered to be the primary source of the fighting. Since 2013, however, the Fulani herders in northern and central Nigeria have embarked on a new strategy in which as they migrate south to find new lands to graze, they attack those regions’ local Christian villages, massacring their inhabitants by destroying their homes, and driving them off their lands and permanently while settling in their place. The regions most affected by this violence include the areas of Jama’a, Kachia, Kagarko, Kaura and Sanga in southern Kaduna.[1] This has led to a large displaced internal population, who require massive humanitarian assistance.

Instability in Nigeria is caused by several primary drivers, such as environmental, economic, social/religious, political, and security.

Environmental and climate challenges in the northern areas have impacted arable lands, forcing the Fulani herdsmen to encroach on farming settlements in the country’s central and southern states. Specifically, with the country’s ever growing population, as well as climate and environmental changes leading to expanding desertification, it is difficult for Fulani herdsmen to find adequate grazing land for their livestock in the north, causing them to move farther south, where they encounter settled farming communities, many of which already struggle with their own over-population crises.

Throughout history, nomadic herders have traveled through Nigeria and other African lands along traditional cattle routes, searching for fertile grazing lands for their livestock, such as cattle. In the Nigerian herder-farmer conflict, the Fulani herdsmen’s attacks are caused by the fact that they lead such a nomadic existence. The herder-farmer conflict, thus, is caused by competition for land-use resources, particularly in Nigeria’s Middle Belt region, which are also exacerbated by the strong ethnic differences between the herders and the farmers.

The attacks by Fulani militants have reportedly caused an estimated 300,000 people to be internally displaced.[2]

Overall, this conflict has been highly costly to Nigeria’s economy. During the period of 2012 to 2015, for example, it cost the country’s economy more than $14 billion.[3] As explained by Mercy Corps, a United Kingdom-based humanitarian assistance organization, it has “impeded market development and economic growth by destroying productive assets, preventing trade, deterring investment, and eroding trust between markets actors.”[4]

While a primary driver for the conflict is the battle over scarce resources, the conflict also has ethnic and religious features as the Fulani, a semi-nomadic, pastoralist, herder ethnic group tend to be Muslims, while the farmers in the Middle Belt region are ethnic Berom, an indigenous people who are predominantly Christian farming communities. This has widened the scope of the conflict with deadly incidents being increasingly reported in southern parts of the country, raising fears that the violence could threaten the fragile unity that exists among Nigeria’s diverse ethnic groups.

Addressing the Fulani-driven militarized herder-farmer conflict in the Middle Belt does not appear to be a sufficiently top concern of the Nigerian government to trigger decisive measures, as opposed to the measures that are being implemented to counter Boko Haram’s insurgency.[5] This is of particular importance because President Bhurai is an ethnic Fulani, and who was elected in 2015 on a platform to stabilize the country.

The political drivers are exacerbated by new laws that ban open grazing in some states and the government’s reluctance to effectively respond to the Fulani militias’ attacks in those areas. Together with the religious and ethnic conflicts, these drivers have transformed what is fundamentally a land-use conflict between herders and farmers in the country’s Middle Belt into a volatile conflict.

The magnitude of this herder-farmer conflict has overtaken the Boko Haram insurgency as the most lethal conflict in Nigeria, killing six times more Nigerians than Boko Haram did in the period of January to July 2018.[6] Specifically, according to an estimate by the International Crisis Group (ICG), during this period, 1,300 Nigerians died in this wave of violent killings in the country’s central states, with 30,000 Nigerians fleeing their homes in the affected states.[7] This has placed a heavy burden on the country’s military and security services, and distracted them from their primary mission of countering Boko Haram’s insurgency in the north.

The Fulani militants are reported to operate independently, but it is also reported that some of their fighters have received assistance, including weapons, from Boko Haram, the country’s primary terrorist group, whose insurgency began in 2009.[8] Unlike Boko Haram’s objective to create an Islamist jihadi-type state in Nigeria, the Fulani militants have more localized goals, which are primarily to gain greater access to grazing lands for their people’s livestock.

June 25, 2018:  In response to the Fulani herdsmen’s attacks, the Nigerian military deployed an estimated 300 soldiers and seven helicopter gunships to the Benue, Plateau and Taraba States.

The ability of Nigerian President Muhammadu Buhari’s government to mitigate the violence is expected to play a significant role in the country’s 23-24 February 2019 general elections and its aftermath. If the current violent conflict persists it could threaten to explode the fragile unity among Nigeria’s diverse ethnic groups, particularly between the country’s Muslim majority and Christian minority.

Recommendations for Improving the Current Situation

Although the Nigerian government has deployed military troops and other security personnel to counter the violence in the affected states, more effective measures are required. In one measure, the International Crisis Group (ICG) recommends that the government needs to prosecute, in a fair manner, the perpetrators of violence, and to control the presence of militias and the firearms available to them by disarming the ethnic militias and local vigilantes.[9] Another measure is to implement long-term herding reforms in the regions, such as rolling out new grazing policies in phases to provide herders time to adjust to such changes. Another measure is to establish refugee camp shelters for the tens of thousands of the internally displaced persons that would provide adequate humanitarian and educational assistance to these refugees.

For the long term, like other African countries, pastoralism in Nigeria needs to be transformed into more settled forms of animal husbandry.[10] One pathway is to establish grazing reserves for the Fulani herdsmen, which will enable them to practice a more limited form of pastoralism.[11]

Note from Brian von Kraus: The Fulani represent a geopolitical strongpoint that violent extremist organizations () such as ISIS or Al-Qaeda are competing to control. The nomadic nature of the population, the community’s geographic range, its lines of communication, and its logistical infrastructure that spans the ungoverned spaces of Africa make the Fulani a highly prized ally. The ‘ recruiting narrative rests heavily on the shared Islamic religion as well as leveraging the Fulani’s historic marginalization from state affairs. A VEO that is able to weaponize the Fulani will control vast swathes of land, and more importantly, have a stranglehold on the illicit trafficking lines running across the Sahel. This will ensure steady financing, an endless recruiting pool, and a prime staging area for operations into Europe and beyond. Nations that marginalize Fulani populations within their borders do so at their own risk as VEOs are poised to capitalize on any grievance. Inclusive policies incorporating Fulanis into a nation’s institutional structure are critical not only to national defense but to regional stability as well. 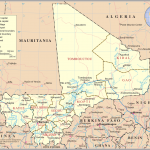